I’m almost finished work on the Heroquest box set, with just a few bits of furniture to go. However, new-old-thing excitement got the better of me recently, and I’ve brashly made a start on the Against the Ogre Horde expansion.

The set I picked up was missing the head from the Ogre Champion, and had an extra regular warrior head in its place. I didn’t want to miss out on have a cowl-headed badass though, so a bit of trimming and sculpting was carried out to make an approximation of the proper sinister head. 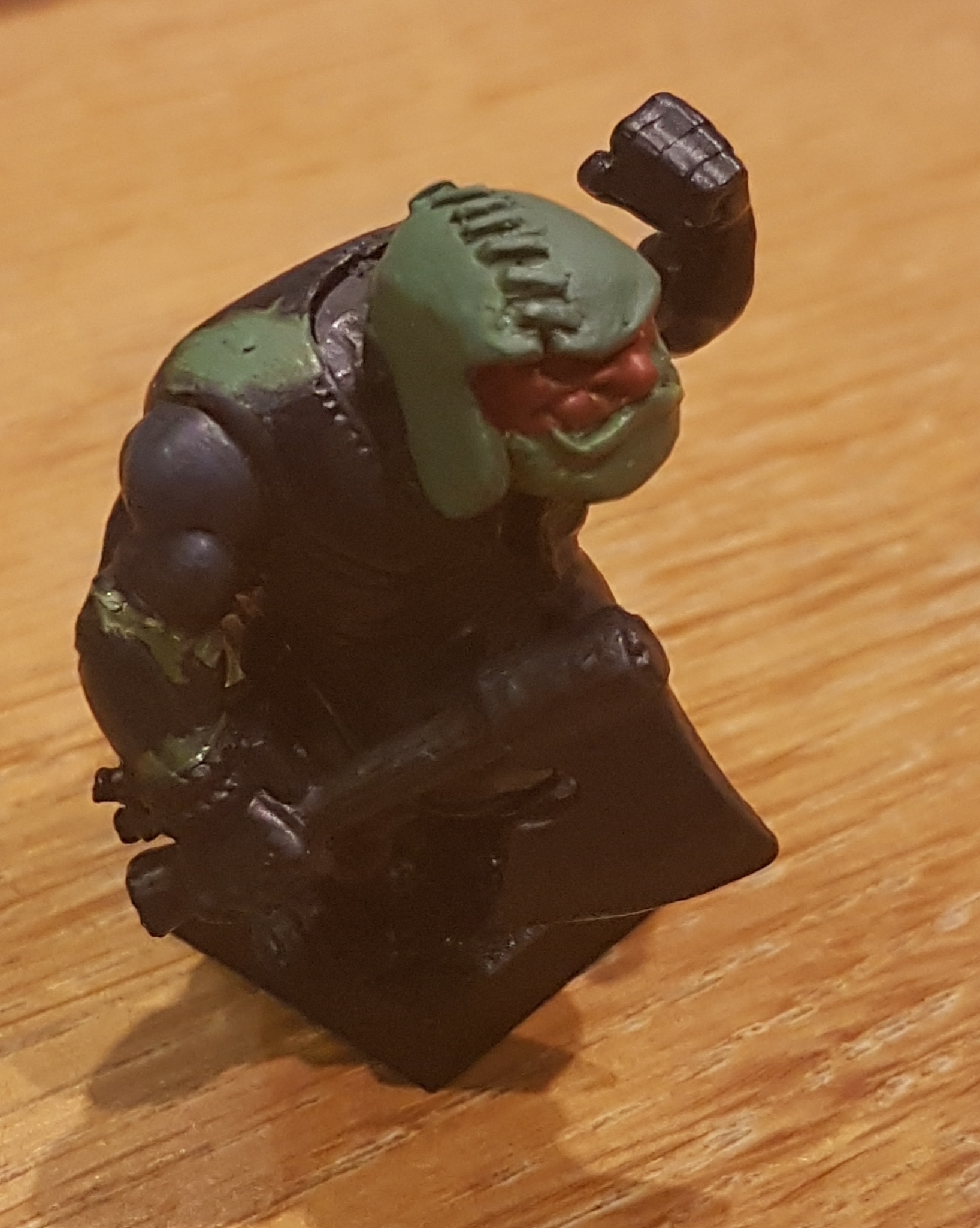 I wanted my ogres to be usable in both Heroquest and Warhammer (having been on the wrong end of Mubo’s mercenary regiment on more than one occasion, I wanted some revenge) and therefore magnetised the models’ feet so I could switch between 20mm dungeon and 40mm Warhammer bases. This was a fiddlier job than I anticipated, and so my imagined unit of seven plus a character has shrunk to three – I’ll base the remaining four warriors for dungeon dwelling only.

Next up will be the four warriors, which I intend to painted in more neutral, muted colours. I’m also going to do some more alterations to the faces through sculpting, as I want each ogre to look different and I’m pleased with how the modification on the Champion turned out. There’ll also be a scratch built throne, the expansions sole item of furniture. Then it’ll be time to chow down on some over-confident adventurers!