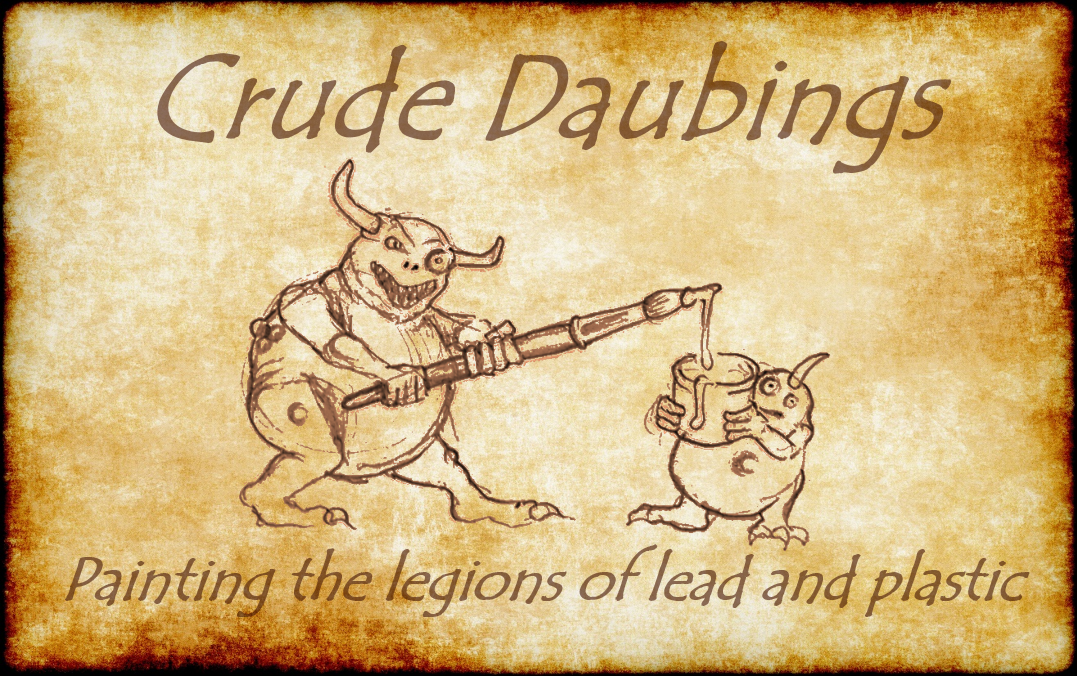 I’ve just finished the first full regiment for my Dwarf army, the Clansmen of House Imskarn.

The unit is mainly built from the original plastic Warhammer box set: Fantasy Regiments. This set was just being phased out of GW stores when I was starting out in the hobby and I never owned it, but I fondly remember playing my first formative games of WFB, pushing around my local store’s units of goblins and skaven.

I have a definite soft spot for these minis, and intend to paint up at least a few of each of them over the coming months. The baddies will make great additions to my Heroquest monster assortment, and the wood elves will make up a unit in an army…although they are quite far down the painting queue at the moment!

I picked up the dwarfs very reasonably on eBay and they came with the alternate heads and hammers that were included in the box, which was great for adding a little variety. When I was building them and mounting them onto their bases I found that neither front on nor diagonal basing looked quite right, so in the end I snipped the base tabs off and positioned them in a sort of halfway stance, which I think works quite well. I did need to reposition a few of the heads slightly to match this, and a little greenstuffing was needed under some of the beards to fill resultant gaps, but it was nothing too major!

For the command group, I found a few metal individuals that I thought would fit the bill. The champion had his slightly miscast axe replaced with a hammer to tie him into the unit a little more, and I painted his surcoat in the unit’s split scheme of red and yellow.

I was a bit stuck for a musician, but then Mubo heroically gifted me this excellent hornblower. I swapped his sword for an axe, and with the addition of the unit’s colours on his shield I think he fits in pretty well!

With the standard painted up on a sheet of foil and the unit tray drybrushed up, the warriors of Imskarn are ready for battle! Next to be finished will hopefully be my longbeards and flame cannon…I will need to get a wriggle on though, as I need 1,000 points finished by August ready for BOYL!