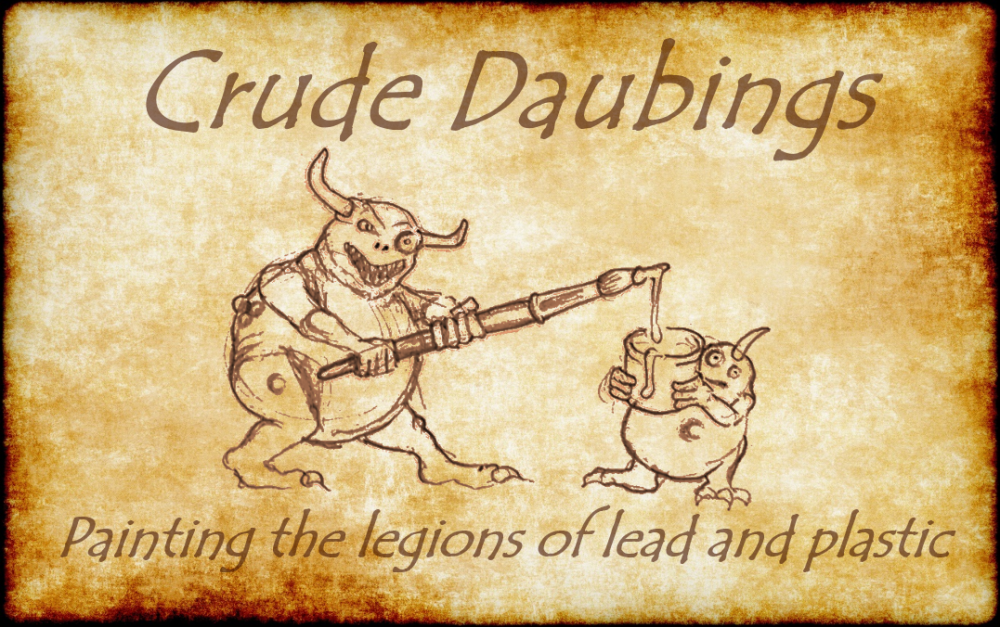 I quite enjoy the Empire background in WFB; it seems much richer than many of the other races. I decided to base my army in Stirland, mainly because I decided on the green and yellow colour scheme first! Something I really wanted to get across with my army is the quite clear divide between the local liege lord and his retinue, and the more ragtag members of the townsfolk and militia.

The first regiment I took on was the halberdiers, which I have named ‘Ternwold II’, although what happened to Ternwold I is a mystery, and I suspect not a happy one. Ternwold is a remote border town, where the lord rules a large province consisting mainly of forests, swamps and small backwater settlements.

These figures I think are the plastics from the early 2000s. I like them, although the amount of mould lines they have makes them pretty hard work to prep. There are a couple of other little niggles too – although the heads have lots of personality, they possibly have a bit too much as you soon notice even a single duplicate in the regiment. Also one of the legs on the sprue has bare feet, which would be quite cool in isolation, but means that four of the 20 soldiers is shoeless!

I mounted these troopers on magnetic bases in rows of five, five, three and two, with the front rank based individually. I did this to mitigate the ranking up issues, but I have probably created a load more issues related to wound removal when I get round to using them in a game!

Something I tried to do was to keep the colour scheme consistent, but vary the pieces of uniform that contributed each colour, to create a more ragtag, less militaristic feel 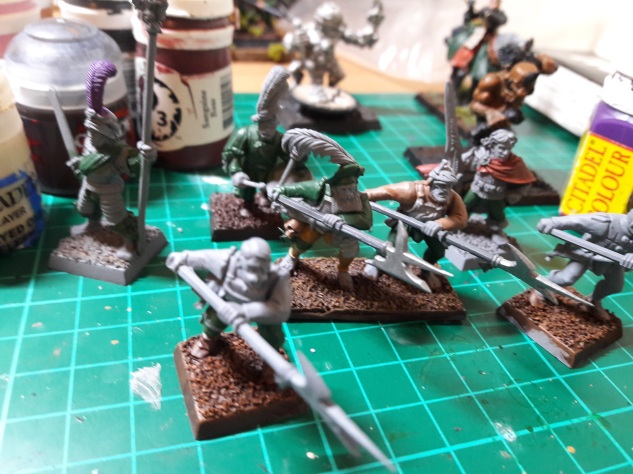 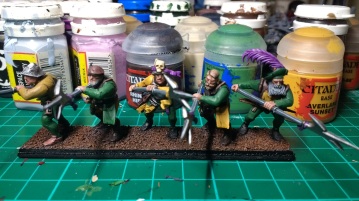 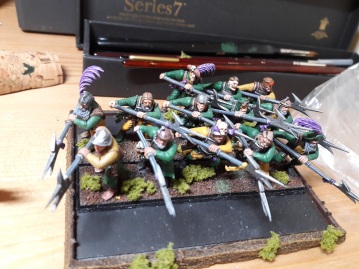 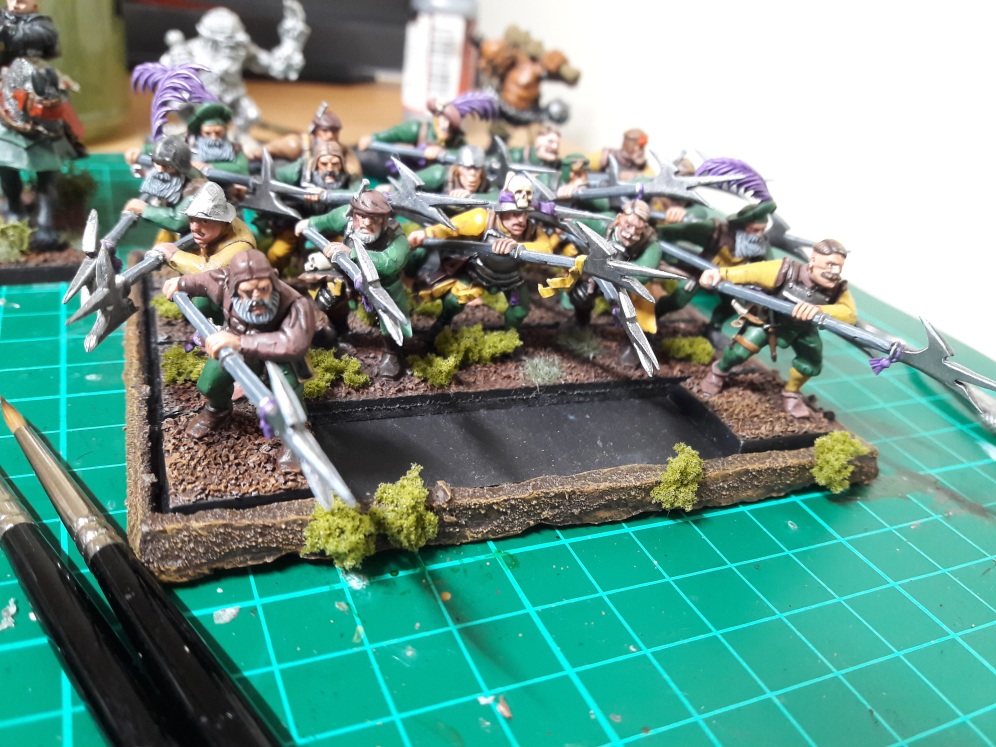 I had a spare Felix Jaeger model that I picked up at a bring and buy last year, and decided to use as the champion (Captain Ernst Lorenz). I gave him a bit more gravitas by painting his hair grey. 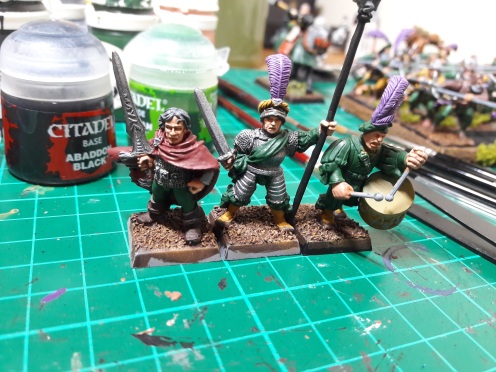 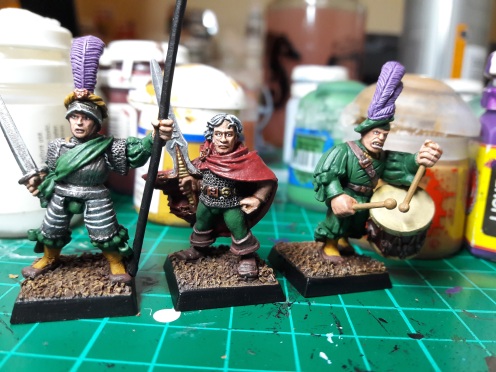 For the banner, I wanted something fairly simple but bright, and in keeping with to the colour scheme of green and yellow. For the design I opted for a lion motif that I found online. I printed out an outline and painted around the edges, and am quite pleased with it considering it was such a quick job. Next up for the Empire will be a unit of archers, some dashing pistoliers and a unit of 90s Marauder flagellants. The end is nigh!

View all posts by mubo